Bangladesh gained independence from Pakistan in 26 March 1971 after popular agitation against Pakistan. The capital of the new state was and still is Dhaka. The official name of the country is People’s Republic of Bangladesh. Victory Day is December 16 and is commemorated as the official creation of state of Bangladesh. The government type of Bangladesh is parliamentary democracy. Chief of state is the President and chief of government is the Prime Minister. Bangladesh legal system is based on the English common law.

After independence Bangladesh went through period of famines, natural disaster and widespread poverty. Bangladesh also saw political coups and military coups. This negatively impacted the progress of the nation. The democracy was restored in 1991 and has been followed by relative calm. However gross domestic product (GDP) has doubled since 1970’s and poverty has fallen by 20% since 1990’s. The main economic center of the nation is the capital Dhaka. Main export of the country comes from garment industry. This sector employs about three million people. One of the most significant contribution to Bangladesh and other nation comes from the formation of micro credit financing. Muhammad Yunus (Nobel peace winner 2006) is the founder of micro credit financing. He founded Garmeen bank which brought millions of people out of poverty.

Bangladesh has a long history and a rich culture. The old and new tradition comes together in this country with all vibrant colors. Bangladesh also has rich literary heritage. The earliest literary text in Bengali is from eight century. Bangladesh is a mixture of old and new. Most of the population still lives in villages but the migration towards towns and cities is on the rise. The new technology is making inroads on the daily life but the traditionalist are having problem coping with the rapid speed of change. There are many problems which are faced by Bangladesh, but there is huge potential. It is a young country and needs time to flourish into a stable and prosperous country. 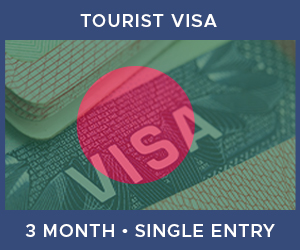